CMJ Music Marathon has fallen upon NYC again and  I’m not quite sure if it’s the Northeast equivalent of SXSW as people are stating.  Some lineups are fantastic, some sponsors make rookie mistakes, and attendees need to find a way to go to as many shows as possible while bringing their A-game to their day job the next day.  Below are some Rules of the Road that should be followed whether you’re a CMJ Artist, sponsor, or weary attendee. 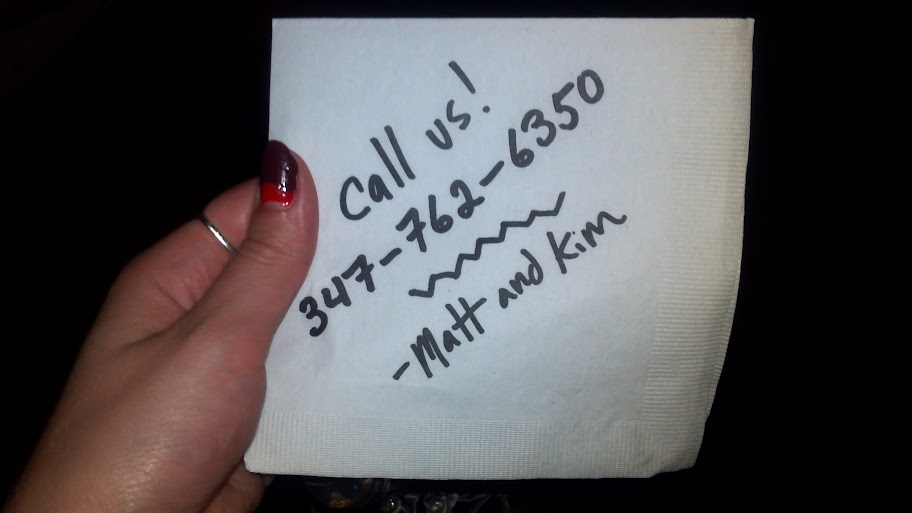 Advertise in a disruptive way that still speaks true to who you are as a brand.
For example, Matt and Kim, the fun and lovable Brooklynites known for hugging their fans at shows, evidently had these napkins littered around the SmartLounge.  I was sitting near a stack and can attest that many people picked up the napkins out of curiosity.

RSVP to everything the week beforehand.
You can pick and choose what you actually go to later.  Better to have many options than none at all. 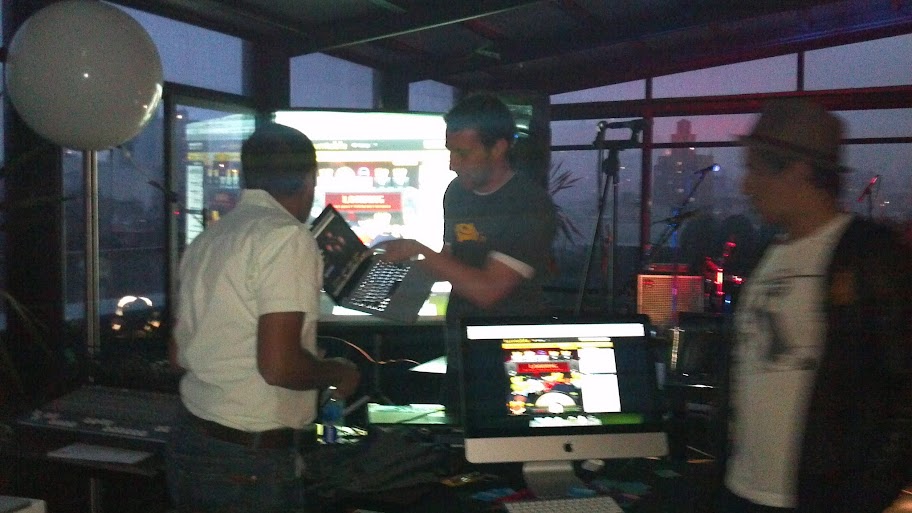 No one wants to watch talented folks such as Ayad Al Adhamy from Passion Pit and Andy Rourke of The Smiths on Turntable.fm at a live event.
It’s a weird mixture of digital experience vs real life.  Just don’t do it.  It’s awkward when two worlds collide.

Sleep when you can, cause it will be limited.
Trying to attend as many CMJ events at night while working a 45-hour work week and prepping for a brunch you are hosting at your apartment (might be speaking for myself) for Sunday, will lead you to sleep deprivation.  Taking a cue from the Beastie Boys, literally, “no sleep ’till Brooklyn” is the theme for this week, as that I catch up on sleep while riding the L or when taking the bus home.

If you create an app for attendees to download and use as a ticket while promising to provide exclusive content, make sure the app actually works.
I downloaded this SmartLounge app from Cantora Labs and it didn’t provide anything except this screen below and a schedule I already knew.

As always, if you are in a band but are not playing at this year’s CMJ Marathon, I’m not interested.

If you are in a band and you are playing at this year’s CMJ Marathon but can’t get me into anything, I’m not interested.

While you are going to as many shows as possible, make sure you still bring your A-game to your day job the next morning.
No one makes a living from going to shows. If you do, let’s talk.

As always, drink a lot of water.
You will be tired and very dehydrated from staying up late and drinking copious amounts of caffeine the next day.

Though last night’s event was so so, I’m looking forward to the Dum Dum Girls’ acoustic set, a Neon Indian dj set tonight in Williamsburg, and the Fader Fort on Friday and Saturday.  Happy CMJ!